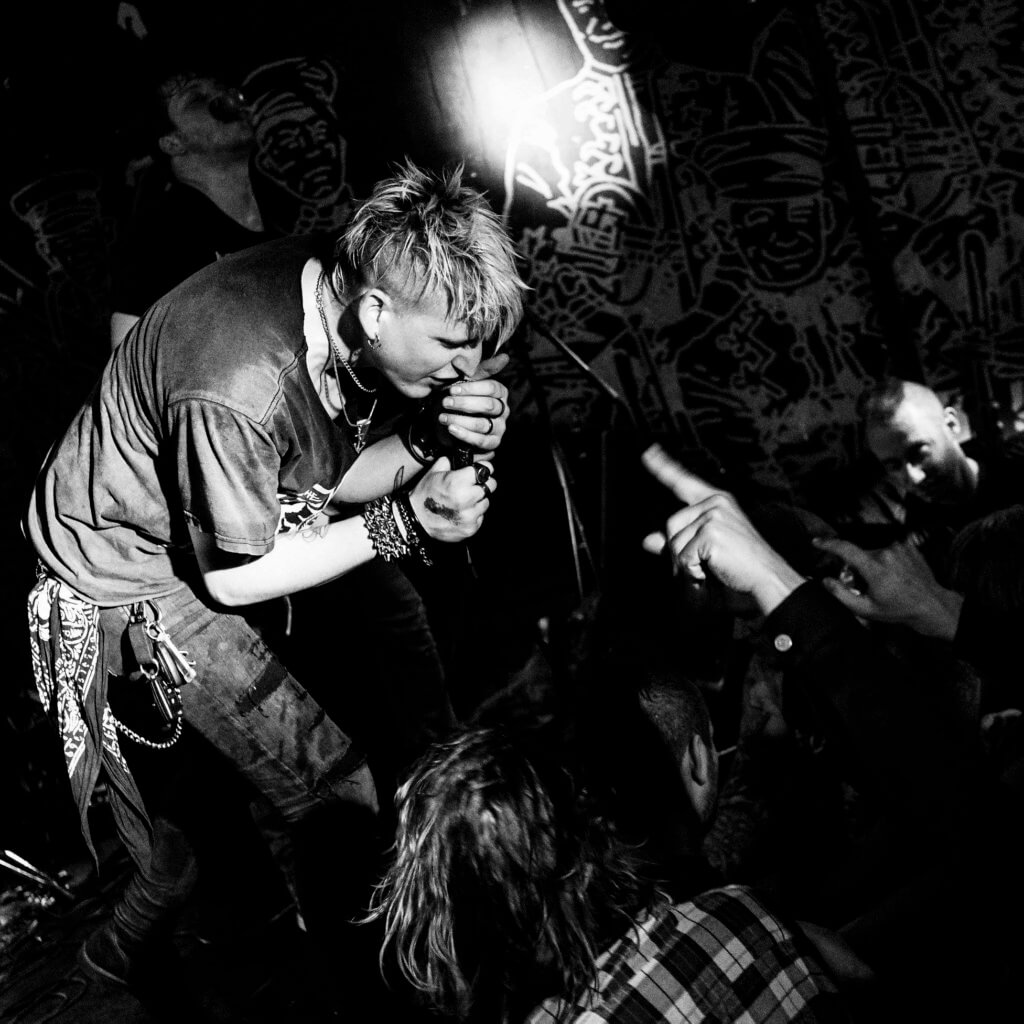 The band was born in Modena, in 2003. It was just another young punk
band with something to say and a lot of energy to explode. None of us
would expect to get so far from the shore. By the way we have crossed
stormy seas, we had many line-up changes, many tours, many releases,
many sweat and tears but in the end we had a lot of fun and we still
love to hit the road and play around.
No White Rag stands for “rejecting the white flag”, rejecting to give up
the struggle. We started with a lot of politically charged
lyrics, especially because we were influenced by all the diy and
anarchist movement in Italy. For all the first decade of the century, we
were fully involved into the squat “La Scintilla” in Modena where we
used to organize gigs and it was a good way to deal with many bands from
abroad. This thing allowed us to make a few tours in Swiss and Germany
since the first years of activity. Besides the band Zanna started a diy
label called Nuclear Chaos Records, that was the engine that allowed us
to release all our stuff by our own together with many other projects
like that. Since then we have recorded and produced two 7” EP and four
full-length albums plus a couple of tapes.
We strongly believe that punk still can be a good weapon to emancipate
yourself from the oppression of society. From Jakarta to Bologna we had
always found people who have something in common: it’s the same spark
who says to not give up to resignation. To have fun through the
revolution. To not be just a number!
Just to be clear: we are against racism, xenophobia, sexism and religion
fundamentalisms.
See you on the road! Peace!
NWR
“So thatʼs the plan for tomorrow, a diy community that plant seeds of
liberty, love, creativity”